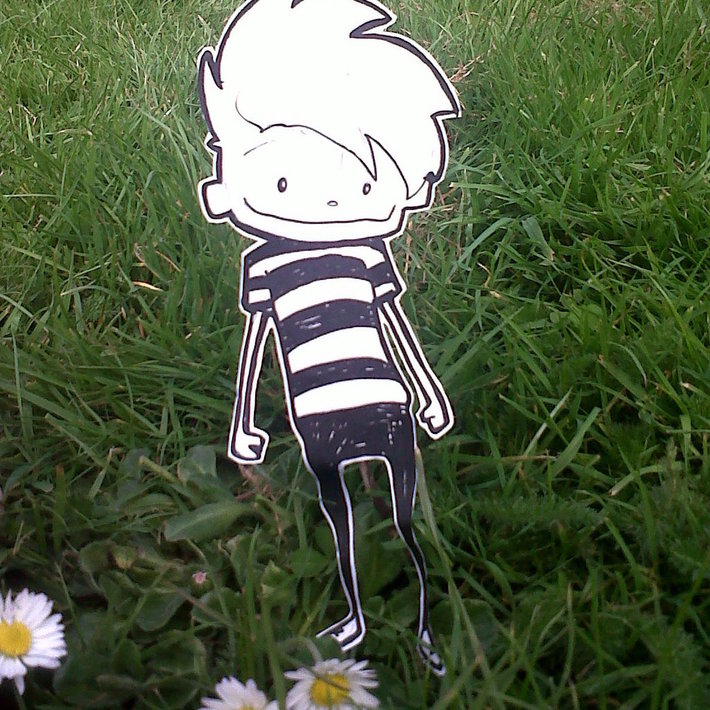 Hey guys check out my new sculpts and let me know what you think - it would be great to get some feedback as I'm still new to all this. I would like to try and sculpt somebody else's character…Continue

Hi, I'm pretty new to all this, and have only just started in this amazing world of stopmotion a few months ago. Here's a quick brief:

I was watching Paranorman on dvd a few months ago with two children ( Me and my kids love stopmotion films ) and my son said; "Dad  bet you could do that!" I told him that the people who do that sort of stuff are very talented people and I have never done anything like that before! But something stirred inside me and I thought I would take up my sons challenge, so having no idea about stopmotion I preceded to watch all the stopmotion animation films special features I could & search the internet to find some insight to this world.

I brought some clay and other little things I thought I need started to play around with it, i had done a tiny bit of clay modeling at college but I took no interest in it at the time. Anyhoo I boring myself now......so I'll get on with it.

I found it a very enjoyable indeed practicing with this little ball of clay, and so having a few hours underbelt thought lets give this a go.................with the kids in tow I downloaded a stopmotion camera app and me and the kids made a little movie, it was really fun and we all loved doing through it was a learning process. So after that I practiced some more at sculpting a few characters from some old drawings, I also made a little animation of a fly by myself......not good - but not bad either ha ha. And so I went on to sculpt the littles boys head sculpt.....not bad for my second attempt I thought ( Though I did drop him on the floor after baked him in the oven and broke his ear and neck).....So geared up I now proceed to make a full maquette of a character from a story I did for the kids called "Frunny" (A story about a frog who wants to be a Bunny), So I went about it blah blah and the end result was a 12inc sculpt of him. Now I am quite pleased with the end result for a third attempt (Though he still needs smoothing out and baking). I think now I will try to start animating and trying that side some more and keep practicing sculpting as well.

I new to this so any information, tips and advice is very much welcome, so feel free to contact me and I look forward to conversing with guys!

P.S I aim to put some more pic's, art and sculpts up when I get time.

You need to be a member of StopMotionAnimation.com to add comments!

Mad Doug K replied to Max Bridge's discussion Dragonframe real-time recording
"Hey Max, I have not been here for awhile but, yes there are alternatives to the pricey DMC16 box DF…"
1 hour ago

Shigeru Okada replied to Shigeru Okada's discussion fixing the puppet with screws
"Thanks for your comment.It's also a smart way to make holes before animating.I've never…"
8 hours ago

Shigeru Okada replied to Shigeru Okada's discussion fixing the puppet with screws
"Thanks for your comment.But I want to know how the animator knows the exact position the screw goes…"
8 hours ago

StopmoNick replied to Shigeru Okada's discussion fixing the puppet with screws
"I drill the holes before I animate.  Then I have to make the puppet foot land in the right…"
12 hours ago