Monster w/ Live Action (Blob-Rat Finished) So after about four months of production (15 hours of that being the actual animation of the creature) my film is finished. Here is the VFX breakdown for the monster scene: <a href="https://vimeo.com/17456627">https://vimeo.com/17456627</a>… Discussion Monster w/ Live Action (Blob-Rat Finished) 4 Likes

Technical Hitch Hello, I made a film a little while ago that I thought people might like to see. I think most of us can relate to the guy's experience.  Technical Hitch Constructive criticism most welcome. Happy an… Discussion Technical Hitch 9 Likes

SMA ARCHIVE! The SMA Archive is now LIVE! In 2012, StopMotionAnimation.com was a website that was sinking fast. It was limping along with old message board software that was purchased from an eventually abandoned… Discussion SMA ARCHIVE! 9 Likes

The Essential Principles of STOP MOTION in…

video The Essential Principles of STOP MOTION in… 7 Likes

video "Mr Geister's Goblin", teaser clip 15 Likes MONGREL Hi everyone! It's not my work but a member of my forum posted his work ... may be you will be interested to see it!follow this linkhttp://fr.ulule.com/courtmetrage-mongrel/RegardsYaganForum des Fous… Discussion MONGREL 2 Likes

The Extraordinary Evolution of Firebird

Matthew Bradley replied to Matthew Bradley's discussion Silicone painting with 'Tinsil Gel 10'.
"Hi Ethan, thank you so much for your input, it's given me lots of food for thought. I've…"
56 minutes ago

Dawn Brown replied to Simon Tytherleigh's discussion Testing the 3D printable winders
"This is wonderful! Very informative. Thanks for making the video and sharing your…"
18 hours ago

If podcasts are your thing, here's a chat with Amber Padgett on how she quit her job at a grocery store (10 years), moved to LA & ended up working for some of the top stop motion studios in 6 months

Ethan Bartholomae replied to Matthew Bradley's discussion Silicone painting with 'Tinsil Gel 10'.
"If you do search out silicone caulk to use be careful of the type that you get, there's…"
yesterday 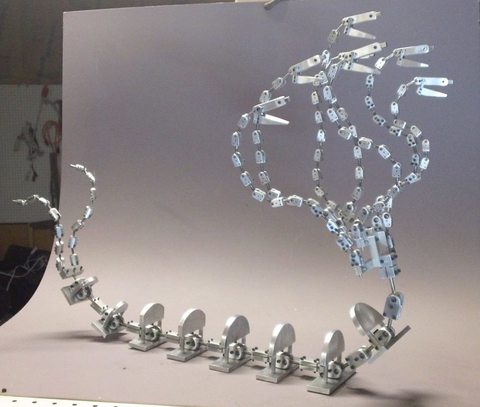