I've been posting some random W.I.P. photos and little test videos over the past year or so, but I recently discovered there's a "your project" section here in the forum. So this is a thread for my ongoing project, "Will O' The Wisp". Hope you enjoy.

Here's a little background about how the project came to be: Long story short - I was working on an indie film one winter, and I was hanging out in a trailer talking to the makeup Fx people and producer while we were waiting around for the next scene. I mentioned that I'd picked up stop-motion for the first time in a long while and wanted to attempt my first complete film, and that seemed to pique everyone's interest like I'd declared I bred Unicorns or something. 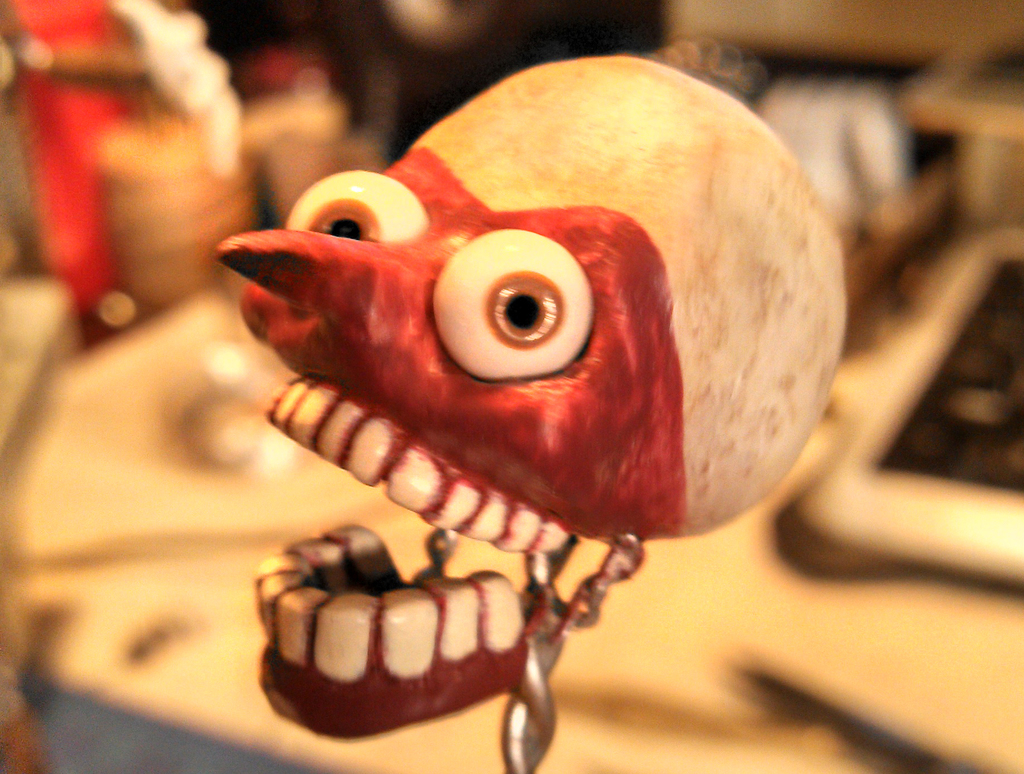 A couple months after principal photography wrapped, one thing lead to another, and the producer wanted to know if I'd do a stop-motion bumper for the production company. So for the last year (on and off because I still need to take other gigs when they pay well) I've been slowly and steadily learning and working on a pretty ambitious little solo project. 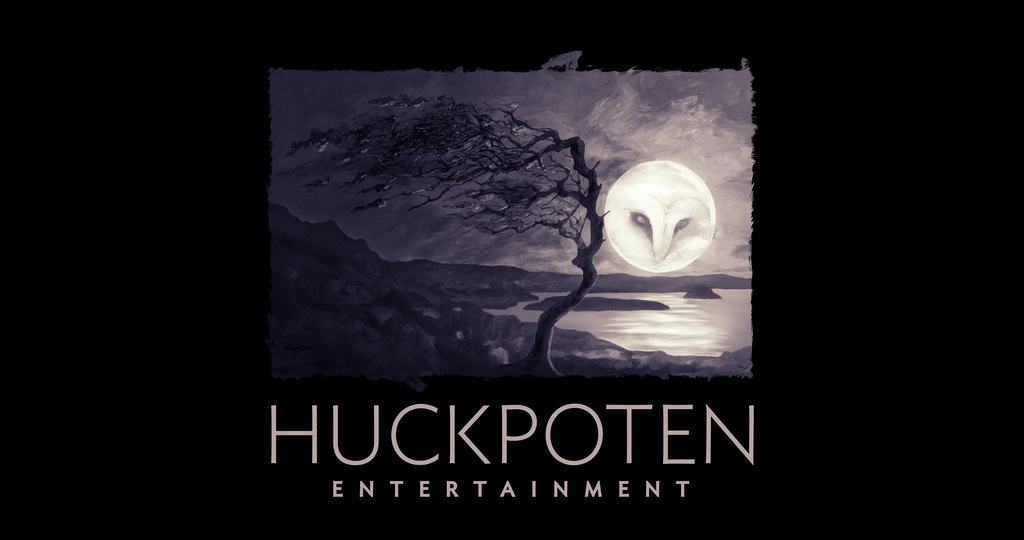 It was originally only supposed to be a short bumper that played at 6 seconds, 15, and 30. The 30 second version is intended to be a brief but coherent story that leads into the reveal of the company logo. The others are shorter segments that jump straight to the logo. 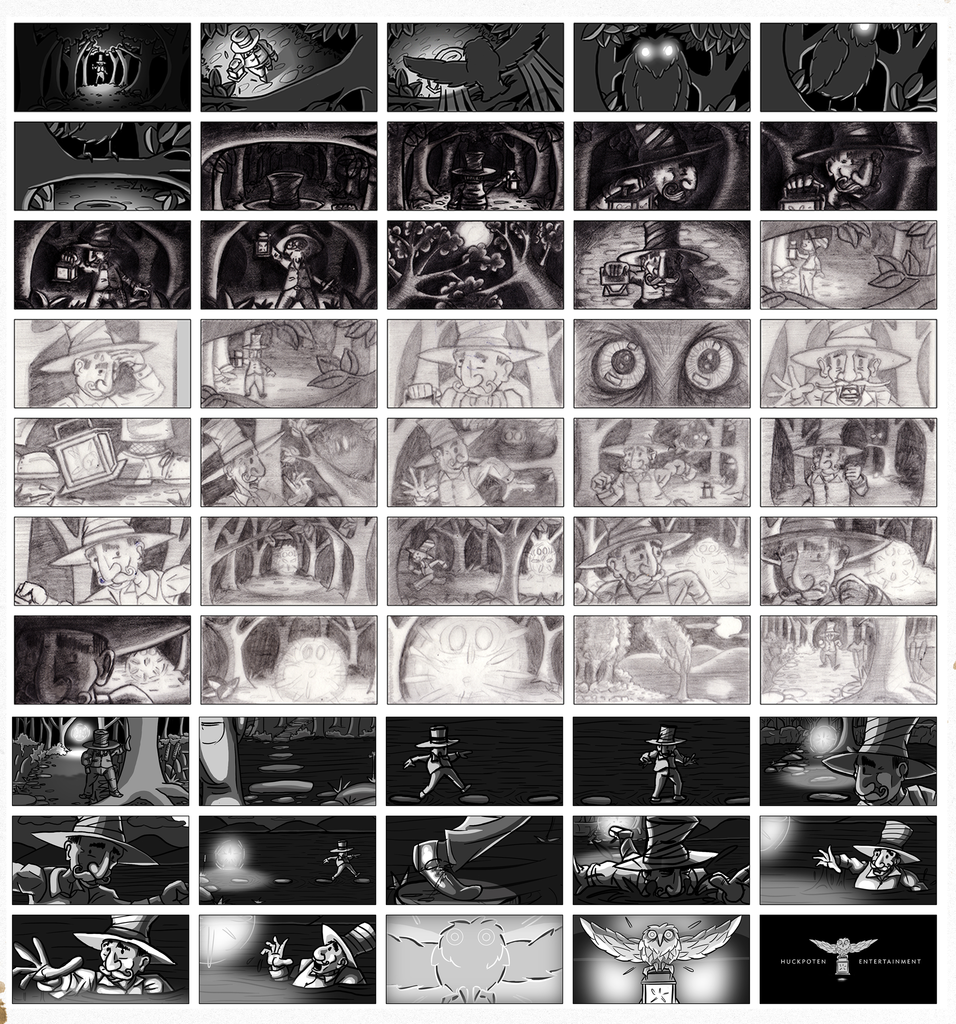 However... After I started storyboarding, I realized this simple idea was actually pretty complex to execute: large forest, running character, water, flying feathered character, a night scene with moody contrasting light... Quite a challenging todo list for a first attempt... and only a small kitchen to use as a studio space... So I turned to something familiar to help me visualize how I was going to do any of this in the space I had, and what my best options might be. 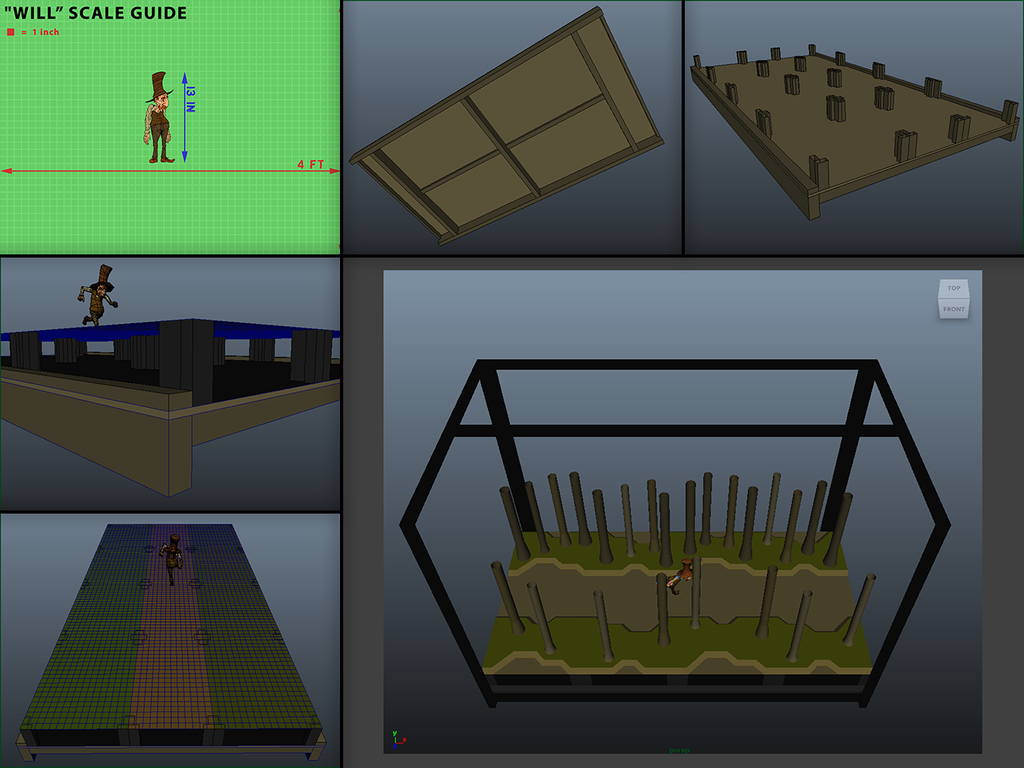 Neither of us (the producer or myself) knew this was going to progress the way it did or as well as it has so far (knock on wood!). The producer wasn't expecting much from me to begin with, and I wasn't 100% sure I could pull off what was needed. I knew I was pretty crafty, I'd built live-action sets and props, and had a background in 2d/3d animation, but I hadn't worked beyond pre-production in any capacity more than a general assistant or set decorator at the time. And I had zero camera and lighting experience as well. But I took my time to carefully see each step through from concept to storyboard to blueprints to animatics... The producer and I both learned as we went along, and quickly built a good rapport and a comfortable understanding that this was new territory for both of us. Since then, however, this little animation has become such a large undertaking that we decided to push it a little further and make it it's own stand-alone film as well. Nothing too crazy, just a couple of minutes. But it will help give us something to show to festivals and boards to try to get funding for a longer stop-motion production we want to make. (Fairy tale story, elaborate and colorful settings, lots of "creature" characters. **geek out** it would be a lot of fun!)...

This site and the people here were a huge influence and help in learning what I needed to know to keep the ball rolling and put the missing pieces together in my head. Not just to execute one thing and forget about it, but developing core knowledge that I've used to learn more things and discover some of my own. This was definitely the best place I could have found to learn what I needed to learn about Stop-motion related skills, techniques, tools, and materials.

Now it's been almost a year. I'm close to finishing all the sets, puppets, and assets soon. I plan to shoot it in November, and wrap in early December. It's kind of bittersweet. It's been so long now, I don't know what I'll do with myself when it's over. hahaha 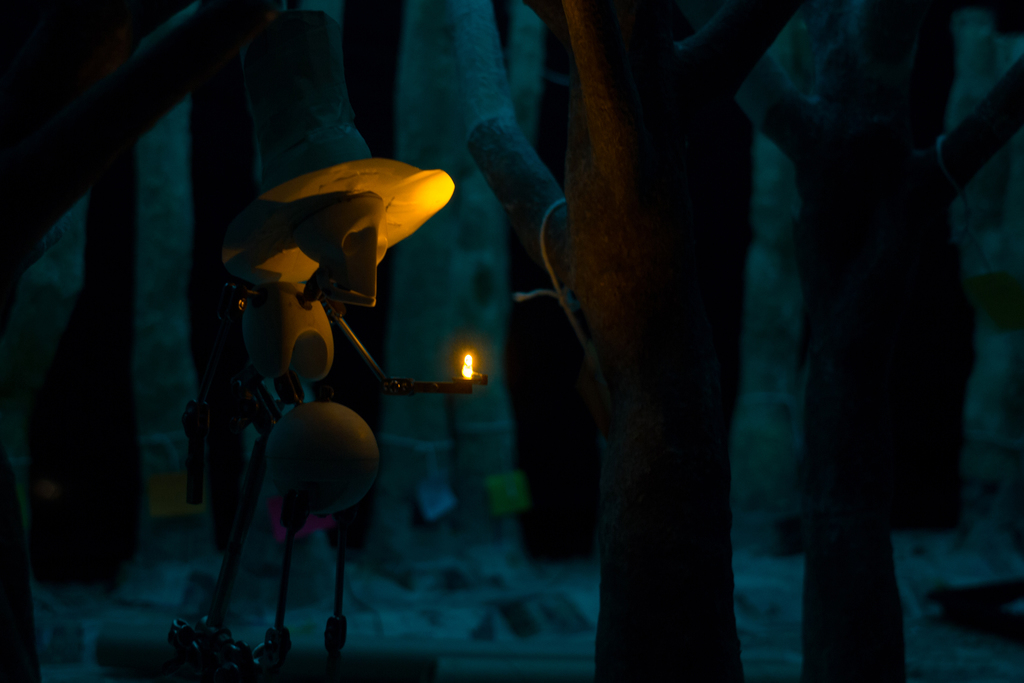 So... that's the general run-down. I have loads of progress pictures and video clips. I'm even working on a "making of" kind of thing (maybe... if the footage turns out alright). So, instead of just a huge spam bomb of media, I'll just start organizing some of this stuff and gradually post some things here in this thread, along with any new progress along the way to the finish line.

Thanks for reading, and hopefully you'll stay tuned for when it's finally finished.

p.s. Click Here to check out some photo albums for the project.

Permalink Reply by Buckner on January 2, 2015 at 10:48am
Sorry about your rough patch, I can relate. Your project and your behind-the-scenes are very inspiring! Thanks for sharing with us.

Enjoyed your behind the scenes video. Very interesting. Hope things go well with you and looking forward to seeing the final video.

The level of planning and the attention to detail is mind blowing, the modular design is really impressive.  once you start the final touches on this it is just going to spring to life! Hope to see some more soon.

The set is beautiful.  Can't wait to see the animation.  It's amazing the magical worlds stop motion folks can make in tight spaces.  Good luck, Mike!

Small little update to share. Started adding the basic shapes of roots for all the trees. I'm about halfway along on that step now. Should be done with that in roughly another week. 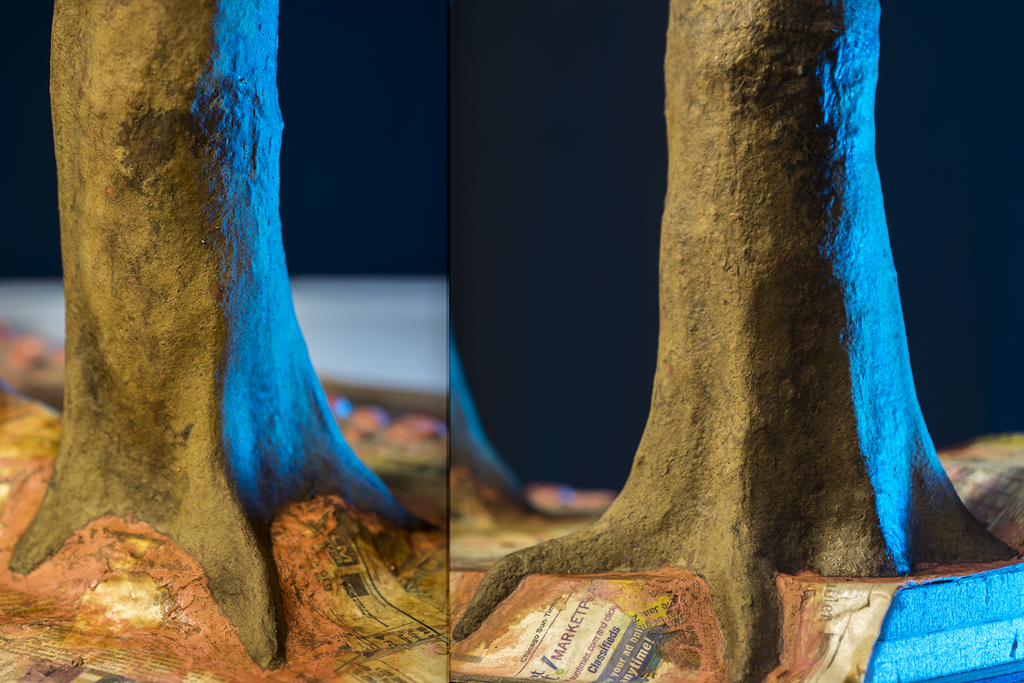 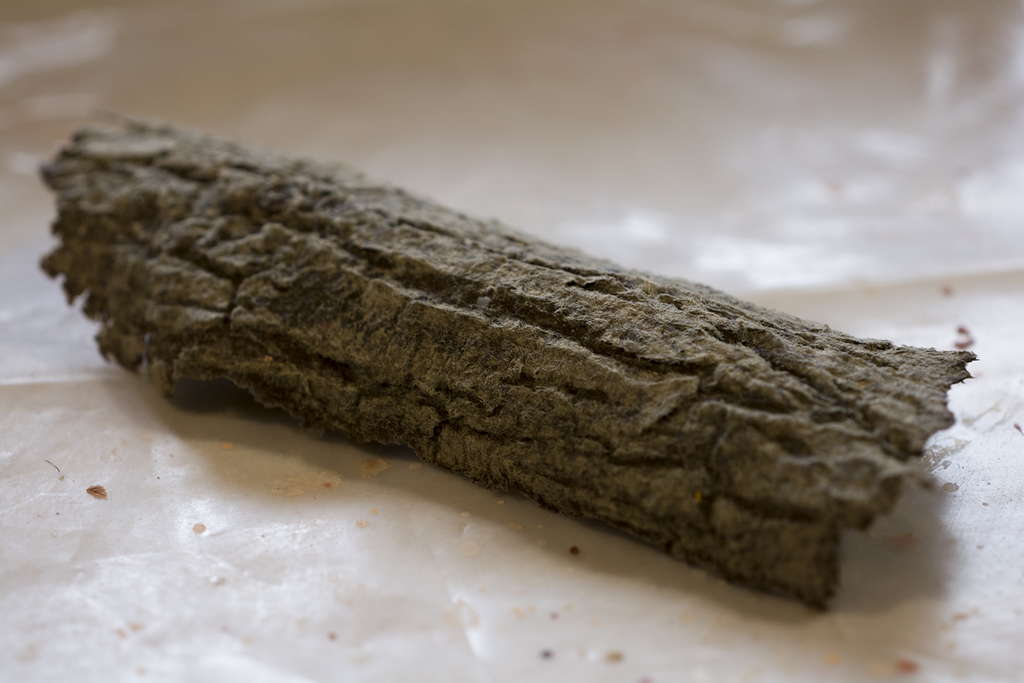 The best I could come up with was making a latex mold of a branch with a small enough pattern, then using the pulp-paste that I've been using for a lot of stuff as a casting material. It turned out pretty great! Just need to bake it for about 30-minutes or so, otherwise it can take a full day to dry out enough.

So the next step will be making more bark molds, and applying the fabricated patches all over the trees. Fun stuff! :)

Thanks for all the positive feedback, too! It's encouraging, and I appreciated reading it. I'm still not quite back to 100%, but that positivity definitely gave me a nice boost that helped me get out of a major slump! So cheers to that :D Now it's just a matter of physics, kinetic energy, haha. The ball is rolling again.

Permalink Reply by StopmoNick on March 6, 2015 at 8:43pm
Spreading tree roots - very important, I often see model forests where they have neglected to do that, and as a result the trees just look like branches poked in the ground. Also like your bark texture. Good to see the ball rolling - though sometimes it probably feels like Sysiphus rolling that boulder uphill, there is progress being made!

Great to hear you're making progress, Mike! I love the trees!

I'm really looking forward to the release of this project from the first time I saw it :). Hope you'll finish it soon, good luck ^_^.

This is such a great making-of video, so in depth!  My animation partner and I have similar batches of random materials, haha.

I actually am just finishing making a tree, I used a pretty different system so I think I might put together a little page on here explaining how I made my tree.  I did a lot of researching how-tos to make it and found that there aren't a ton of resources out there for making trees, it's nice to see explanations on how different people came up with solutions for similar problems.  Your set is really nice.

Thanks for the video!

Threw this little "making of" sort of video together back in July before things went south. Didn't really finish it up as much as I would have liked, but I doubt I'll get around to polishing it up any more than it is already. The files got moved around a bit, but I did render this rough cut out in July, so here it is. Hope there's something interesting in it.

I'd like to do more eventually, so if you have any tips, suggestions, things you'd like to see more/less of, let me know. I appreciate the feedback.

Great making of video - there are so many little ideas in it that I had a night of deep thought about my own project, Mike. Thank you so much for taking the time to film it and explain what you were doing. Brilliant.

Awesome! I'm glad that video ended up being useful. I wasn't too happy with it myself. There wasn't any good "working footage" because I usually just zone out and forget the camera while anything more informative or interesting happens, lol. Cait, I'm sure you and your partner know what I mean.

But I'm totally thrilled that (despite it being unpolished and erratic) the video helped get some wheels turning for other creative people. I love that. It happens to me all the time, where I'll see something I hadn't thought of and "bam!" a little window opens up into new possibilities. Hahaha... It actually happens a lot in this forum!

The smallest little armature I've made so far. The joints are less than a centimeter in any dimension, and the total height is only about a millimeter longer than an exacto blade. Hahaha... Animating this is either going to be really fun, or a royal pain!

This is for an owl character that makes a brief appearance in the bumper, but I want to make more use of her in the personal short I'll be shooting after that's finished. 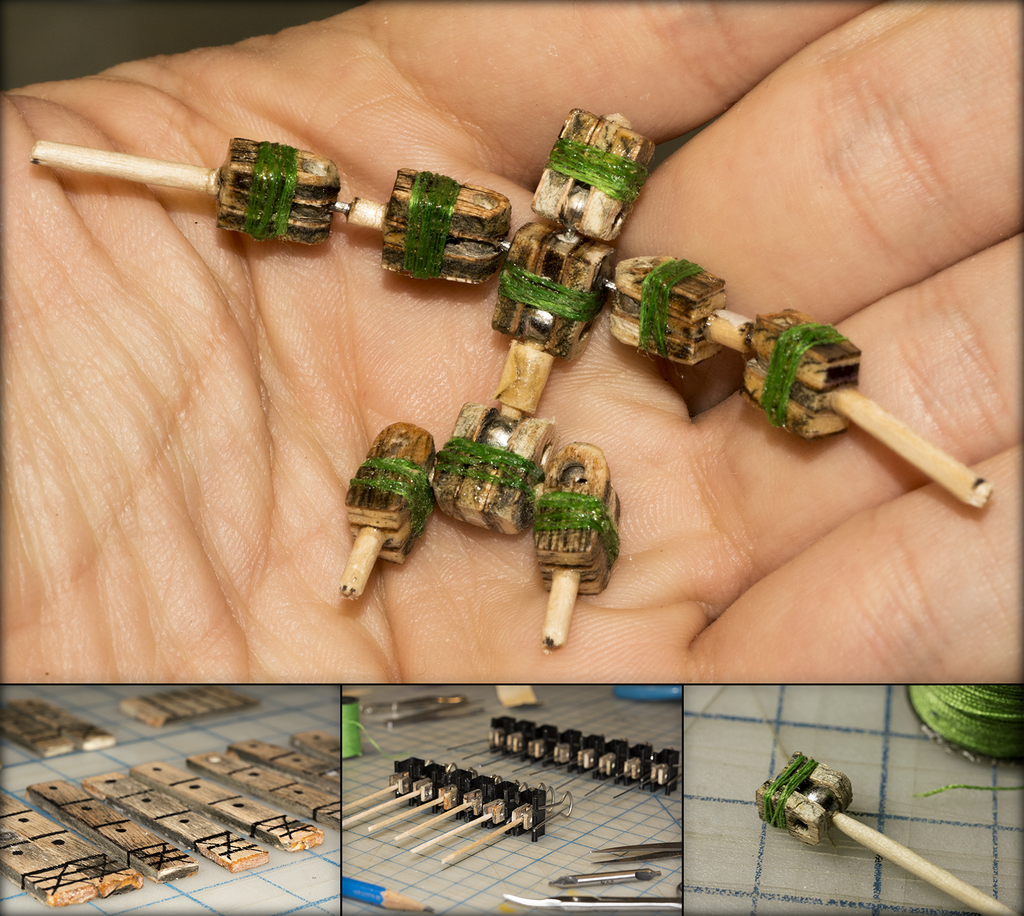 Dawn Brown replied to Simon Tytherleigh's discussion Testing the 3D printable winders
"This is wonderful! Very informative. Thanks for making the video and sharing your…"
13 hours ago

If podcasts are your thing, here's a chat with Amber Padgett on how she quit her job at a grocery store (10 years), moved to LA & ended up working for some of the top stop motion studios in 6 months

Ethan Bartholomae replied to Matthew Bradley's discussion Silicone painting with 'Tinsil Gel 10'.
"If you do search out silicone caulk to use be careful of the type that you get, there's…"
yesterday

Here is a quick video I made to compare two winders, one with an all-metal rack and the other which…See More
yesterday
1 Comment 2 Likes