so i'm planning to make an ultracal mould and cast this puppet in platsil - gel10, and i have no real idea on how to go about painting or colouring it. do i dye the silicone? can i use some kind of wash after moulding? most of my experience is with build up or hard puppets, so ive never really had to paint anything.

heres an img of the sculpt for reference, any comments or tips would be graciously appreciated, cheers 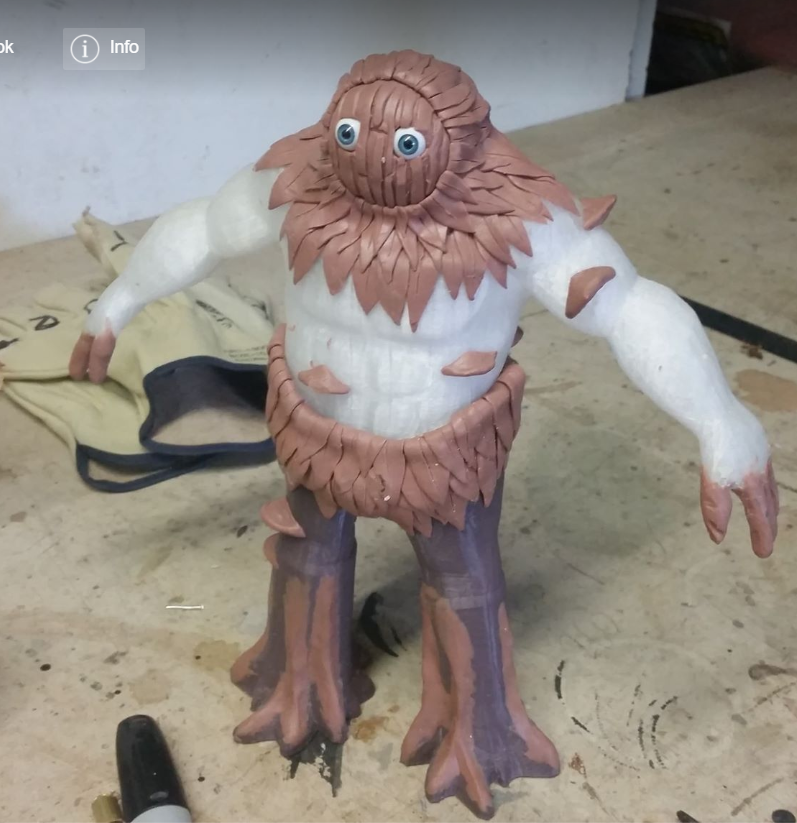 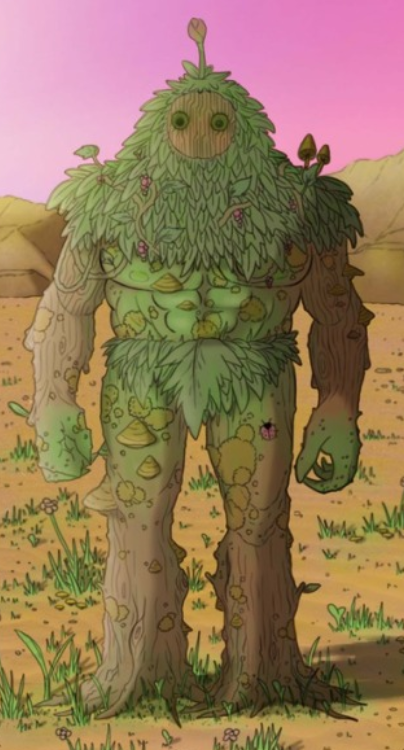 The answer is yes, you can colour the silicone by adding tint to one part before mixing the two together, and yes you can add colour washes etc after you have cast the piece. Have a look at some of the videos on YouTube from Brick in the Yard, who have a good one on painting silicone. You will need naphtha (lighter fluid) or d-limonene to thin the silicone. And some retarder if you don't want to work too quickly.

There are sample pots of colours sold by smooth-on and I also have a set of skin tone colours which are useful. You need tiny amounts of colour, especially if you are trying to keep a certain translucence.

Lastly, you might consider using the softer silicone Platsil Gel 00, which can be intermixed with gel 10. I find the softer one is good for puppets.

awesome thanks for the advice, just saved me couple hundred bucks with the plastsil gel 00. ill be sure to check out brick in the yard!.

A couple more tips. These are also in other threads on this site, so have a rummage for info.

Mix the colour you want into sufficient of Part B to fill the mould, so you are not struggling to colour match because you don't have enough. Then mix up the quantity you need for each pour/ layer from this coloured batch of Part B.

Have a look at another recent thread I put up about using cushion foam with silicone. As your puppet is quite bulky, the body would be quite heavy if cast in solid silicone, so ideally you need a silicone skin with some foam underneath. If you just use cushion foam the silicone soaks into it and makes for a stiff and heavy result, so the opposite of what you need. But if you coat the cushion foam, once you have cut it into shape, with builder's silicone (use the glazing or neutral cure type) making sure there are no gaps, you can prevent the Platsil from soaking in. Additionally adding some cotton wool or physio wrap over the builder's silicone helps to attach it to the Platsil.

So method is, once the mould is made, to add cushion foam to the armature, trimming it so that when laid into the mould it leaves space for the silicone skin and doesn't touch anywhere. Cover the rest of the armature with plumber's PTFE tape and physio wrap. Then put your first layer of Platsil into the mould, aiming for a thin skin. This should set up in about 20 minutes. You can add another if it is a bit thin. They bind together provided you don't leave too long between applications.

Then place the armature into the mould. This needs to be supported so it does not sag down too close to the skin surface (that's part of the reason for putting the skin layer in). Some people use removable pins to ensure e.g. arm bones are centralised. They can literally be dressmaking pins, but need to have little grooves in the plaster so they do not prevent the mould from closing tightly. They are just pulled out of the final cast once released.

When placing the armature into the mould I like to pour some Platsil in first, as you can easily get air bubbles trapped under the armature. Then I fill the mould, both halves, with more than enough Platsil, put the halves together and squeeze out the excess. For this you need a hole in the mould for the silicone to escape. I generally have a mould feet uppermost, so air bubbles can travel away from the most important areas, and if necessary I can top up the legs if by any chance there is not enough silicone.

But I freely acknowledge that this is a fairly crude method. An alternative is to have a fill hole in the top of the head, which is the lowest point of the mould, and use a syringe to squeeze the silicone in from there. Several snags with this: you depend on having a seal around the lower hole to stop the silicone pouring out - so this is done by the professionals by creating a U shaped channel in the mould and having the syringe applied to the top. Second snag is that you have to have an air escape at every high spot, so each finger. These can be made by laying cocktail sticks on the surface of the first part of your mould before casting the second half. But it is all massively more complicated than my overfill and slam it together method. If this last paragraph is confusing to you, just ignore it, or watch this video https://m.youtube.com/watch?v=stSYs7a2UHE&index=3&list=PLJt... which shows how Aardman do it.

If you end up with some air bubbles, do not despair, as they can be repaired, especially if you already have a skin over them. I find it easier to fill air bubbles with builder's silicone as it does not slump. You can add colour to it just as with Platsil.

Another way to colour the silicone is to add a tiny bit of oil paint into the silicone. With it being oil based, it won’t dry out and is very effective.

I use it on all my silicone moulding. Check out my 5 minute stop motion challenge on my stop motion YouTube channel.

Allan Begolo-Wyatt replied to Allan Begolo-Wyatt's discussion Rigging bits in Australia - not overseas?
"Thanks very much for the informative post Nick - also I found your YouTube channel to be utterly…"
11 hours ago

StopmoNick replied to Allan Begolo-Wyatt's discussion Rigging bits in Australia - not overseas?
"Hi Allan.  Here are some of my Melbourne suppliers for a range of materials.  Not sure…"
18 hours ago

Rigging bits in Australia - not overseas?

Hey chaps.My name is Allan - I've worked on and off in the video industry for years but just…See More
22 hours ago
2 Comments 0 Likes