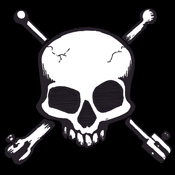 Does anybody have an Idea on how to animate a large body of water like an ocean?
I saw wiki how did a small stream with hair gel, but that would be hard for a ocean! Green screen might work too, but I don't want to spend very much money and IMovie's green screen is kind of junky.

Try clay. I had the same issue in one of my projects and I decided to cut it out in my project. You might end up better doing your own green screen. Get a large pan, put in water, dye it blue, then make sure from the camera you can't see the bottom or the edges and slosh it around.

Permalink Reply by Dennis Heinzeroth on April 25, 2019 at 7:31am
What scale, style and action? Is it miles of open, cartoony water that's nice and calm or is it a close-up section of water around a realistic 1:7 scale life boat and puppet with a slight chop in the waves? Or a scene like a Jason Bourne floating on rainy, stormy seas? The possibilities and solutions are endless.

As far as I can see, it uses a single motor to make a load of rods move up and down. The rods hold up a wrinkled sheet of plastic that simulates the small waves, and so you get the heave of an ocean. Looks amazing, and you only need one large room and dozens of rods and strings and...and...!

Another idea that I hope to try soon is to use clear plastic rods with sparkly thread wrapped round them to simulate rolling waves. Comes from Barry Purves.

One way is several rows of cut-out waves.  It is a very stylised 2d look, which is fine if that is the style you want.  A friend did this for a student film, alternating rows of waves moved left and right.   A fancier version for big waves could have a row of large disks (but actually cut out with a wave shape, not perfectly round) with each one rotating, instead of a row of flat waves that move but don't change shape.

Something like this only more deluxe was done for Finding Neverland (2004), though actually done digitally, with many many rows of virtual cut-outs - too complex to actually build perhaps, but it had both a sense of real wave movement and an unreal graphic look.

Rotating cams under a sheet of plastic or cloth is more mechanically complicated than cut-outs, but closer to real while still not being too real.  I like the idea of this one best - it preserves the sense of using real models.  It's done in-camera.

I worked out how to build it, but never had a strong enough need to actually make it.  Picture a big square horizontal frame, with a row of dowels going from one side to the other.  On each dowel, you have several cams, which are either oval shaped (like cams on a car engine camshaft) or round, but with the axle hole off-centre.   Each cam is rotated to a different position so it goes up and down at different times.  Turn the dowel and all of the cams on it will raise and lower a piece of plastic that is resting on top.  Now, connect all the dowels along one side with gears, or a belt, so that they all turn.

To build this you would need wood for the frame, plywood or mdf or something for the cams, screws, some gears (maybe Lego gears) or drive belt and pulleys, a drill, a saw, and space to put it.

You might need a gap between the foreground and background plastic sheets/cloths so you can put your boat in there, looking partly submerged, and move it along.

Compositing onto live footage of real waves (like Harryhausen did in 20 Mil Miles to Earth and Clash of the Titans)  gives the most real-world approach.  There may not be the sense of a shadow or reflection in the water though.  It is probably possible to use an up-side-down, distorted copy of your boat or creature image, partly transparent, to suggest a reflection.  You could certainly darken a soft-edged area of the water footage, to give some suggestion of shadow.

Compositing with CGI 3d water objects (Like James and the Giant Peach) is also close to realistic, and it is possible to have shadows and reflections in the water if you map your stopmo creature onto a a flat plane object that is intersecting with the water mesh.  I've done that for stopmo gondoliers in Venice.   I used Lightwave 3d for that, but other 3d programs could do something similar.

I hadn't looked at that link Simon posted, to the Two Balloons ocean, when I wrote all that - Amazing!  Similar idea to my camshafts, but with strings to operate the rods.  A bit too complex for me to follow, but it works brilliantly.  Having the clear perspex mushroom tops to push on the plastic sheet is probably essential if it's a clear sheet.  Maybe my cams need perspex rods and clear tops like that.

When I shot some real water at 64 fps in my studio, it was essential to have a sky backdrop behind it, even though I didn't show the horizon and it wasn't on camera, so it would have the right reflections.  I think that would matter with this plastic sheet, too.  The single bright light does give a nice backlit sunlight effect on that clip.

I have been struggling to work out how they linked everything in the Two Balloons clip, and your concept of a frame and dowels with cams makes more sense. Above the cam frame would need to be some structure to support the rod followers. Once set up, I imagine a motor could just turn everything gently to give the restless motion.

Lego gears are good for this sort of thing. They are 1.0 MOD size, and I have found that epoxying a 3mm rod gives a good axle.

Dave Cooley replied to Dave Cooley's discussion Moving water in a scene
"Thanks for the link, Simon! Interesting ideas. I am at work now on the puppets and other scenic…"
yesterday

Simon Tytherleigh replied to Dave Cooley's discussion Moving water in a scene
"Nearly missed this thread! Really interesting to see what you are doing, as I have a lake to…"
yesterday

Simon Tytherleigh replied to StopmoNick's discussion Harryhausen 100 tribute
"Wonderful. Truly a colossus.  And yes..."It's just the pictures that got…"
Saturday