Hi folks, got my Paasche H and now looking for a compressor. What PSI do I need for running PAX paint through an airbrush? Any thoughts much appreciated. . .

I have something similar to this (Different brand name but looks like this) -oil-free,  with a small tank, cost $99, that works well with a Paasche H.  No need for anything bigger.  The drawback is that it is very noisy, like a lawnmower without a muffler, but at least with an airbrush it doesn't run that much of the time.  A minute of loud noise while it fills the tank, then stops for 5 minutes of airbrushing before the pressure goes down and it kicks in again.   The one in the picture is sold at Home Depot for $99.   http://www.homedepot.com/b/Tools-Air-Compressors-Tools-Accessories-...

I also have an old Italian made Whisp-Aire that I got 25 years ago when I needed to work in the house without making a horrible noise.  It uses a refrigerator compressor, so basically it just makes a quiet hum.  It has a smaller tank, and less volume of airflow, but the same maximum pressure, so it works fine for airbrushing.  Not so good for a smallish to medium size spray gun, I needed to stop spraying and let the pressure build back up quite often, but ok for the Paasche H.  Can't find them for sale anymore, and it was quite expensive at close to $1000, but ideal if you are doing artwork in your apartment.  There is probably something around now that uses the same sort of tech, and maybe cheaper, don't know.  After 20 years the oil level got too low and it seized up, and I could not find the right oil to put in it, so I had to buy the Project Air one from Bunnings (our equivalent to Home Depot)  to finish a job in a hurry.  Since then I found some oil, opened it up and moved the bits, and got the Whisp-Aire going again. But mostly I'm using the noisy $99 one since my studio is a separate building.

The one thing I do recommend is to get a model with a tank.  There are very small diaphragm type compressors which do work for airbrushing, just barely, but with the air delivered directly there is a pulsing to it.  I used to have one of those.  The tank gives you some reserve, and smoothes it out.

This looks much the same as my old Whisp-Aire, with the same dome cover and fridge motor and compressor.  Also priced at US $869 which is also similar I'm afraid.  http://artsupplysource.com/silentaire-sil-air-50-15-air-compressor/

I've been doing some research on the two options you mentioned. The Sil-Air above is probably the best bet but still a bit large for my apartment (I only have 400 square feet) and it's quite a bit above my budget. Perhaps a 1 or 2 gallon version would be better and cheaper.

I was looking at the Sparmax TC-620x. It has a tank also and runs about 250 USD. It looks to be enough for my purposes and can easily tuck away under my work bench.

SilentAir do make models with smaller tanks, like 1.5 gallons (6 litres), but the price doesn't seem to get any smaller.  And that  6 litre one, with the tank to one side of the compressor, takes up more floor space than the 4 gallon/15 litre model.

The Sparmax looks like it might be a diaphragm type compressor, similar to the little one I first started with, except that it does have a small tank. And that should make a difference.  Not quite as quiet as the refrigerator type compressors, but not really loud either.

The little one I had looked a lot like this, except it didn't have a tank:

http://www.ebay.com.au/itm/Air-Compressor-1-6HP-Pressure-Regulator-...  (in Australia, because that's what comes up when I google.)

As I said, it worked, but barely.  I would have liked more pressure, especially for thicker or coarser paint like the matte wall paint I use for sets, or paint with Pros-Aide mixed in. It was ok for inks and watercolours, or diluted Humbrol model enamel.  I fitted a moisture trap to it, like this one has on the left, because without that, water would condense and every so often come down the hose and spit out of the airbrush and onto my artwork.  With this one it says that the working pressure is 58psi (4 bar) which is probably what mine was.  That's half as much as my current compressors.  I would check the specs on the Sparmax - seems to do 60psi, which is not much better than 58psi.

A bigger 30 litre tank, so it does take up more space. 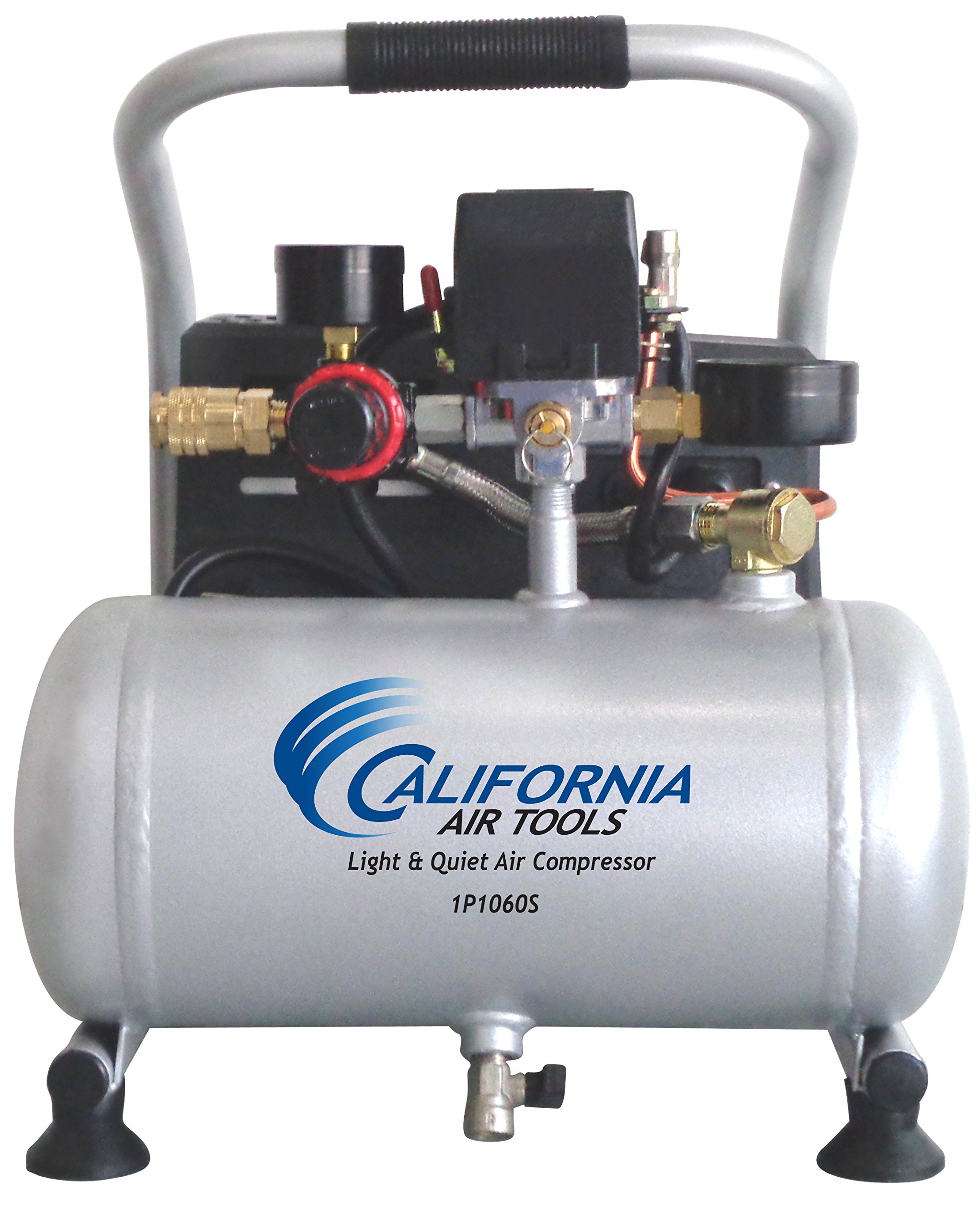 1 gallon tank, 56 decibels.  Doesn't look like a dual, but seems to manage a decent pressure.

i am using this one ebay airbrush comrpressor 1.6 hp which is pretty much the first one nick mentioned in his post. It is reasonably silent and works perfectly with a paache. However if you need to spray larger areas then you should go fir a bigger one.

Sony A7s can't capture more than one image at a time

Hi, I'm using a Sony A7s camera with Dragonframe to shoot a stopmo film—the problem is that it…See More
8 hours ago
0 Comments 0 Likes

StopmoNick replied to Calvin Carl Bond's discussion I need help
"Nicely put together video!  But yes, the flicker is noticeable.  I suspect it is from…"
yesterday